Bobby J Earl never set out to be an inventor, but a small adjustment he made to his lanai led him to patent an invention.

Bob Earls has lived in The Villages full time since 2000, and like many residents he has a screened—in porch.   Also like many residents, the screened area needs a good cleaning every now and then.  Earls struggled with ways to figure out how to clean the area and easily drain the run—off water.

For the Village of La Reynalda resident, the only way to deal with the problem was to come up with his own solution. He started working on the project about four years ago.

Earls cut through the base channel of the screened—in area and installed a piece of hollow plastic that also had a perforated cap.  The cap can be removed to drain out the water and placed back on to keep pests out.

Alter about three years, the once-makeshift solution has an improved design and better materials that has transformed it into a patented invention called Water Cap/ Drains.

“I never set out to be an inventor," said Earls, who is a retired engineer. "I just knew there had to be a better way to get the water out of my lanai, so I tried to figure it out, and it turned out other people struggled with it, too.

Before Earls patented the invention, some of his friends wanted a drain installed in their lanais. After they saw how easy and successful the device was, they encouraged him to patent it, he said.  Earls started the patent process in 2008. His first application was denied, he said. He and his lawyer decided to reapply, but this time sent a model of the drain to the U.S. Patent and Trademark Office along with the application.  On May 10, three days before Earl’s 73rd birthday, he received his official patent in the mail.

“The patent process was long and stressful at times," Earls said. "When I first got denied, I didn’t even think I wanted to go through it again, but now I’m glad I did.

Wayne Locke of the Village of Sunset Ridge had four cap drains installed in late May. Locke has lived in The Villages for six years and repeatedly tried to find a way to efficiently clean his lanai.

Earls’ invention is exactly what Locke was looking for, he said.  Locke said he admires people who are inventors, but even more so when they are coming up with inventions in their retirement years.  I love it, I really enjoy seeing the entrepreneurial spirit,“  Locke said. “I think the drains are well thought out and aesthetically pleasing.  Bob’s wife Sharon is proud of her husband for coming up with such an ingenious idea.  He always tries to fix things around the house, and this idea just happened to be something that could benefit anyone’s screened—in area, she said. 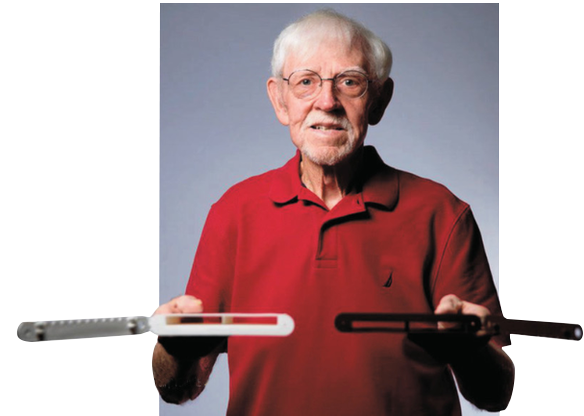 Provide Us With Your Feedback »

Have Questions? Want a Quote?

No obligation or hard pressure sales.
Only honest quotes and friendly customer service.
Click below to contact us today!

Ready to do the install yourself? We make it easy and affordable to purchase the number of drains you need and provide secure and easy checkout using  PayPal or your Credit Card.
All transactions 100% secure.

Buy Now and Save »
Scroll To Top